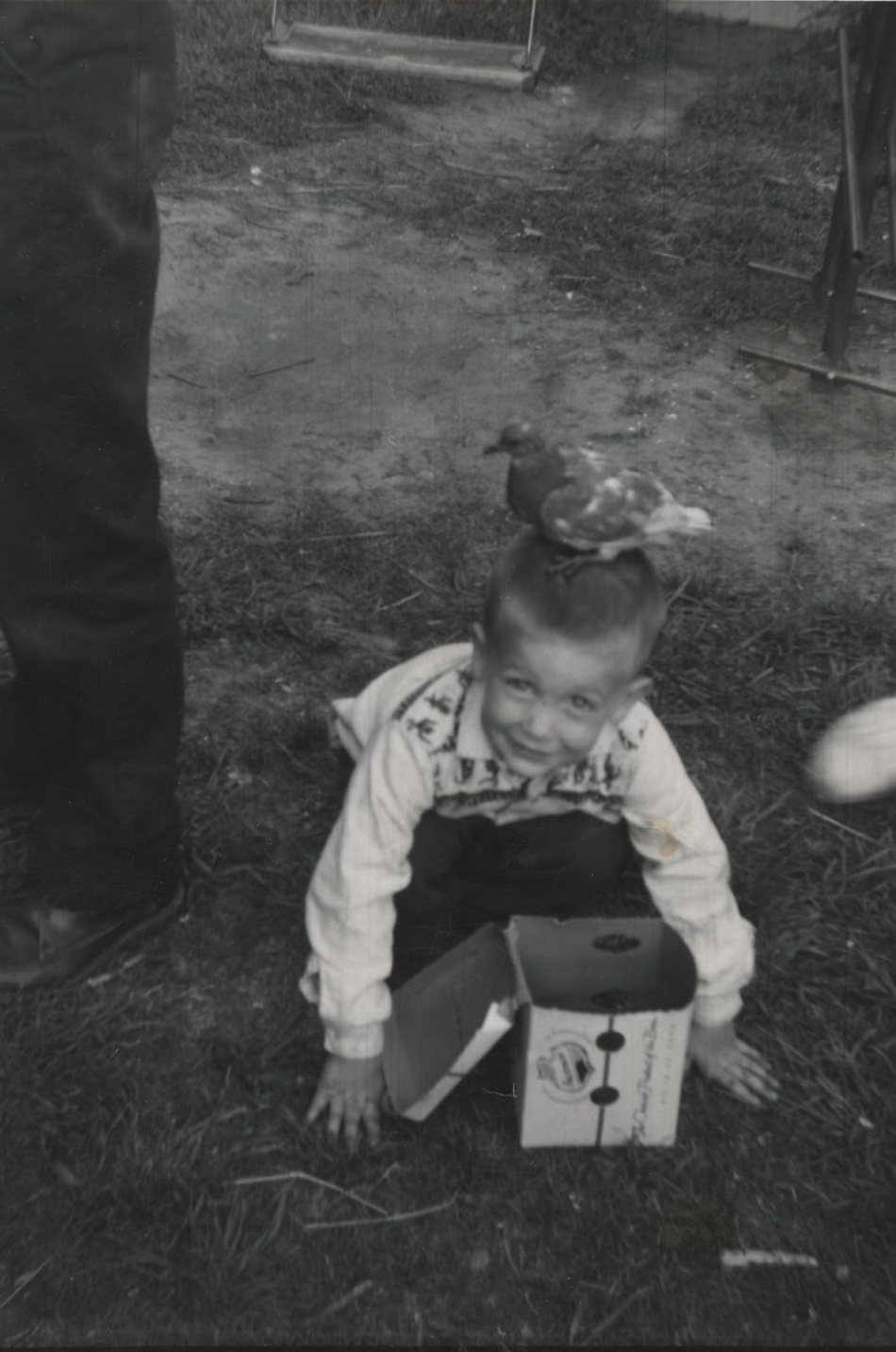 Today is my brother Cris’s birthday. One slight hitch:  Cris is dead.

If that statement seems harsh, abrupt, sudden, it is so for a reason.

My brother Cris’s death was harsh, abrupt, sudden. You see, he was murdered. Murdered in cold blood by a cold blooded murderer.

An angry old man shot him dead, in an instant, with a pistol-grip shotgun.

And this is how my brother died on June 13, 2002. At the cold blooded hands of a madman, a cold blooded madman.

You see, my brother Cris was a lawyer. But he was one of the good guys. He earned a lot of money, but he hated what he did. He told me that often. At some point in the late 1990s, he talked about running for public office, but thought the stress of putting his beloved family in the public eye would be untenable.

So, instead, he did many wonderful things with his money, some public, some private, some very, very private, many of his kindnesses known only to him. He was not out for the spotlight, he was a humble, quiet sort.

He helped finance an education building at his church. He donated his time, talent and professional skill via pro bono work to many unions and other organizations. He paid for a nephew’s undergraduate studies—that nephew is now pursuing a medical degree. He loaned me money, some of which I even paid back. He helped with the funding of a regional soccer complex in Beaumont, Texas, where he lived…and died. Encompassing at least 25 or 30 fields, his generosity toward this project extended far beyond the monetary. He helped plant the sod, the trees. He watered those plants, and he cut that grass on a tractor he could barely drive.

At 5 a.m. on the morning he was selfishly and needlessly shot in cold blood with a pistol-grip shotgun, he was watering the grass at this enormous facility. After his self-assigned chore, he fetched his youngest daughter Caitlin and took her to another one of their regular morning breakfasts at the nearby Pig Stand. As it happens, the day after my brother Cris’s funeral, I unknowingly sat in the same booth at that Pig Stand where he ate his last meal with Caitlin. I broke down in tears. I am breaking down in tears as I write these words, thinking about the joy he felt sitting in that booth with his delightful Caitlin. And thinking of the eggs, the hash browns, the whole wheat toast, or maybe a breakfast taco, that would have been his last, and of his final moments, and his last round of laughter with that bright, sunny child he called Caitlin.

And why? Why did this happen? The clueless bishop who delivered the homily at my brother Cris’s funeral said, “In time, the reasons for this tragedy will be revealed.”  Well, your holiness, your misled-edness, I’m still waiting. The cloud with the secret message has yet to descend. If you see it there in Beaumont, will you snap a photo with your iPhone and send it along to his children, his seven siblings, his fellows at work, those firemen and pipe fitters who benefited so much from Cris’s generosity? Please, we are waiting. How long before the reasons for this tragedy will be revealed? Dear Bishop, I think your skullcap is on too tight. There is only one reason this happened.

The cold blooded murderer who shot my brother Cris with a pistol-grip shotgun was selfish and greedy. He wanted money to which he was not entitled.  He was 79 years old. He was a thrice convicted felon, convictions dating back to the late 1930s. The NRA, which greedily defends the rights of gun-owning numbskulls so that their weapon-manufacturing clients can continue to profit greedily from truly needless gun and ammunition sales, has lobbied for weak gun regulation. And as a result, the cold blooded, greedy old man was able to slip through the system and was allowed to purchase a pistol-grip shotgun with which, on June 13, 2002, he senselessly—in yet another form of armed robbery, stole my brother Cris’s life. He stole my brother Cris from me, from his children, and from thousands of others whose lives were touched by this patient and wonderful man.

Bishop, I am still angry with you about those naive, silly words. I so wanted to stand and confront you that sad, terrible Saturday, but I held back. The reason for my anger will be revealed one day.

Today, February 9, 2011, my brothers and sisters are exchanging stories about our brother Cris via email. I have not contributed any stories yet. So I’ve decided, instead, to write this blog entry. And I am doing it at 30,000 feet in an airplane above Colorado where my brother Cris loved to ski with his five young children.

But I do have my own stories about my brother Cris, many stories. Enough, I suppose, to fill a slim book.

I remember the day when my brother Cris was brought home from the hospital by my beaming parents, a newborn in swaddling, emerging from the sky blue 1954 Ford Country Squire station wagon. I was nearly three-years-old and excited to see this strange package. But I seem to also remember some feelings of jealousy, the sort we read about in books, see in films, or perhaps, experience in our own lives, when a younger sibling makes his first appearance into the family. This is one of my first memories of my existence, maybe the very first.

I remember when this picture of my brother Cris was taken, a pigeon atop his head. He was three years old at the most, say, 1958, and we lived in a grand three-story home in central Oklahoma City. My older brothers used to taunt, capture, and sometimes shoot their BB guns at these pigeons from their third-story “suite”.

I remember, in the backyard of our small rented house in Shawnee, Oklahoma, the hole my brother Cris and I dug with shovels and soup spoons. It was, perhaps a couple feet wide and, maybe three feet deep, but to kids of five and eight, it seemed like a cavern. And it was much narrower at the bottom than the top…kids of this age armed with pilfered soup spoons from their mother’s kitchen are neither great engineers nor excavators. So, my very little brother Cris managed to get his foot stuck at the bottom of this hole, his head barely reaching the level of the soil around him. He started crying. And he continued to scream for help because I was unable to get him out of this mess. I imagine it was my saintly mother, Frances, who managed to pull him free. I also imagine we were scolded, but were probably also given a glass of milk and an admonition to dunk into it. “Bury the hole and don’t do it again.”  Needless to say, that admonition must have dissolved into the milk, because, you know my brother Cris and I dug another hole somewhere else, behind another house, maybe in another town. Mother, you should have whipped our little asses.

I remember my brother Cris and I puking our guts out in the front yard of our parents’ home in Houston. It must have been 1975 or ’76. I think I was about to move back to Austin, and my brother Cris and I decided to drop a few bucks with some of his friends at the Dollar Margarita Night at a nearby bar called the Courtyard. The drinks were the size of a Hollywood swimming pool, and I am sure we each had three or four. Or five. Or six. In the restroom, one of his friends, Matt Pace, heard me spouting some sort of gibberish and emerged from the John insisting I was speaking Russian. Maybe I was. No, surely I was. Linguistic ability is always linked to excessive drinking, don’t you know?  When we somehow got back to that house on Winter Oaks Drive, the house where we both came of age, whatever that means, we were falling down drunk, hugging the pine trees my father had planted in 1967 when we moved into the house. I vaguely remember St. Frances emerging from the house, observing her sloppy drunk middle sons rolling on the lawn, uttering a “tisk, tisk”,  and then going back inside to finish her popcorn. “I hope those boys learn a lesson from this,” I’m sure she thought as she shut the door behind her. I’m pretty sure neither Cris nor I learned anything from that. Nothing.

I remember another time in the early 1980s when my brother Cris came to visit me in Austin. He had been having some trouble with a girlfriend—he was not yet married to the wife who never loved him—and decided to come to me for some brotherly consolation, something along those lines. We had a great meal at Austin’s Fonda San Miguel, consuming great food, and, hey, big surprise, too many beers. During that meal he confessed the following to me: I had been his idol when we were kids. He wanted to be just like me, he wanted to do everything I did. This was a total revelation. I never imagined myself as anyone’s idol. But thanks, Bro, and now I can say, my Brother Cris, I wish I could be one-one thousandth of the loving, generous man you were. Even one-millionth would do. Brother Cris, I really mean this. I really mean this.

I still need my brother Cris. I often open my little black phone book to dig out his number,—his number which is still scribbled therein—because I feel the need to talk to him about something. Maybe to borrow some money, maybe to lean on his big, brotherly shoulder. And then I realize I can’t call him. I can’t talk to him, I can’t travel with him again to Italy and fart with him through the night in our hotel room, or gross him out with the smell of my prosciutto-inspired bowel movement hatched just feet away in the hotel room’s tiny bath, I can’t ever hug those pine trees with him again.

I miss my brother Cris. He is gone. He left abruptly, suddenly. They said justice was served because the selfish, greedy old man, the cold blooded murderer, was sentenced to life in prison, and given a $10,000 fine, the maximum “punishment” for the crime he committed. They said the system worked. That jackass bishop probably believes that line also.