I suppose I’ve been a collector for as long as I can recall. As a kid I collected stamps (where did that stamp collection get off to? Mom, do you know?) In 1964 I began collecting records—LPs—a passion which led to a career or two; I still have many of those original discs in my now-reduced archive of only 2,500 LPs (down from about 7,000!). For some reason, while in college, I began collecting the little plastic balls used in containers of roll-on deodorant; I had a huge box at one time, but it disappeared in some move or another. But don’t worry, I still have a wooden cigar box with about forty of these precious objects, and will be happy to show it to anyone who asks.

A few years ago, while studying Italian in Firenze (Florence!), I began two photo essays  aimed at documenting some of the city’s unusual street decoration. First was the collection of Dante quotes scattered about the city on stone plaques (lapidae) back in the early 1900s in an effort to honor the long-exiled poet laureate of this wonderful city. (Note to Firenze: that might have been too little, too late…) There were originally thirty five or thirty six, but now only thirty one remain and I managed to photograph all of them. I’ll post those soon. About the same time (2014), I was made aware of the peculiar “wine windows/buchette di vino” which can be found on nearly every street in the old quarter. I managed to find about 122 of these, though the current count by my friends in the Buchette del Vino – Associazione Culturale  is around 160! How did I miss so many? To be continued, I suppose! You can see those windows here:  Wine Windows Post.

Several weeks ago when I mentioned this collection of wine window photos to my friend Anna Siviero here in Lecce, she suggested I do a similar photo essay on the edicole votive, or votive shrines, ensconced on the walls of houses throughout the historic center of the town. “I think there are supposed to be around sixty seven,” she told me. BOOM! The collector’s bomb exploded in my head, and within a few days I began the hunt. First on foot, but I could see it would take weeks to properly comb the town for every one of those sixty seven shrines. So I began a systematic combing of every street and alley in old Lecce. Within about ten days I had managed to find forty five, then a few days later I found another three. Just yesterday I found yet one more, a huge shrine I’d walked past at least one hundred times, but still managed to miss! I’ll go shoot it later this afternoon. But that still leaves at least twenty more that are hiding somewhere in the vicinity—I will have to expand my range a bit to include the centro storico’s neighboring streets and to reexamine all my previously explored pathways. They must be out there somewhere!

What are the origins of these peculiar architectural features? In Italy, these are commonly referred to as edicole (plural),  [edicola, (singular)] a term derived from the Latin word aedicula, indicating a small form of temple (aedes) which, in Roman times, was commonly employed to house a saint or divinity, usually outside larger, main temples. They often took the form of small protective grottoes which would shelter the figure of the god or saint, not unlike the “bathtub Madonnas” found in front yards in Mexico and Mexican-American communities in Texas and the American Southwest, and even in the Portuguese areas of New England! It seems that now the most common form of shrine is the shallow niche (nicchia) found in the front walls of Italian homes and churches, directly on the street. The common term for these in English is “votive niches”, or votive shrines, but there is yet another Italian term for this particular manifestation:  tabernacolo, or tabernacle. These niches always contain some representation of Christ, or a saint realized in a variety of media including fresco, relief casting or carving, full-form statues of stone, ceramic or, very common in Lecce, papier-mâché. This form of city shrine is usually covered with a pane of glass to protect the art from the elements. Unfortunately, it seems that most folks don’t bother with keeping the glass clean, so some very beautiful works of art are obscured by a filthy pane of glass. I have been thinking about getting some long handled glass cleaning gear to clean all of these and then to re-shoot the photos. Not sure of the legality of that, but, hey, we’re talking about keeping the face of Christian iconography clean here!  In my hunt I have also found three or four empty niches—I am ninety-nine percent certain that these formerly held some sort of devotional art and so I have included them in this photo essay.

By the way, the majority of these seem to pertain to private residences and not churches and most are relatively small, usually no more than twenty inches ( .6 meter) wide and perhaps thirty to thirty-six inches ( .75-1 meter) in height, some are much smaller. The few belonging to churches are usually significantly larger, some as tall as seven or eight feet (1.8 meters) high, and are often spectacular.

So, here is my collection. It is a work in progress so check back if this thrills you! I am determined to find all 65 or whatever the number is. Each photo has a brief identifier so you can at least know the saint and location. Of course you may click on the photos to see larger images.

I have used my photos to create an interactive map on Google Maps with the location of each shrine marked with a pin to make finding each shrine much easier. Plus each pin, if clicked, contains the photo of the shrine and a brief description. I don’t know if this will be helpful for residents, or tourists, but should you come to Lecce and want to have access to the map for your phone, drop me a line and I’ll send the link. You could probably walk to every single shrine in a morning with the aid of this map; Lecce is not that large! Then reward yourself with a glass of nice prosecco!

Here is the map: (Click on the image to open the map in a new window.) 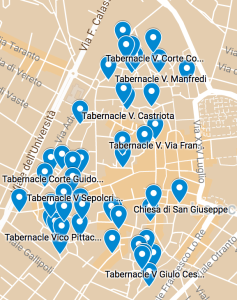 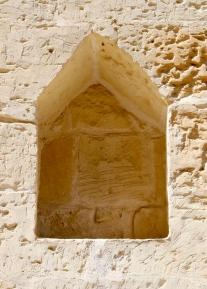 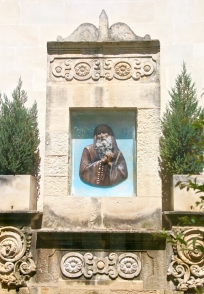 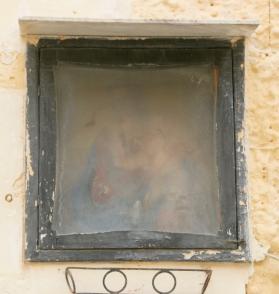 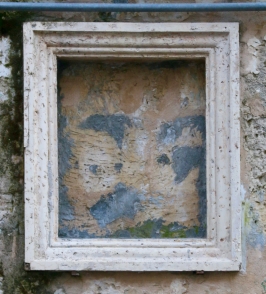 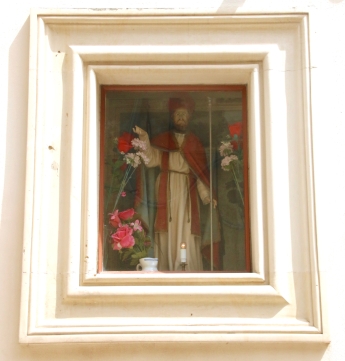 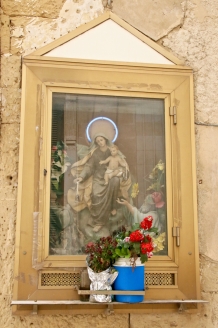 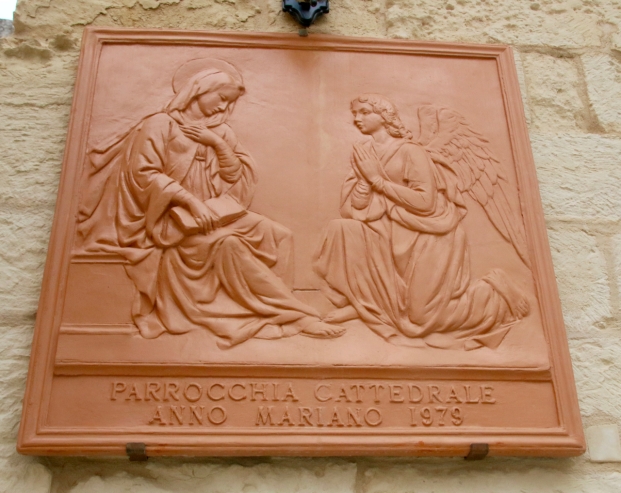 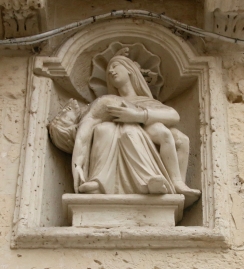 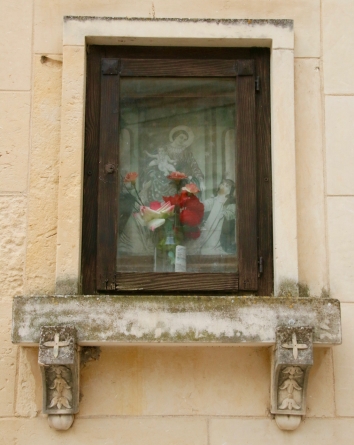 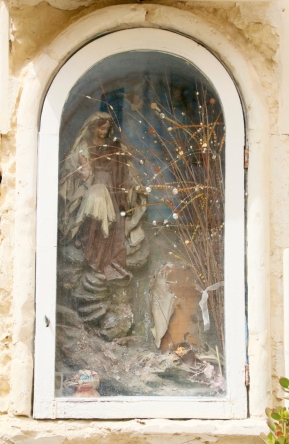 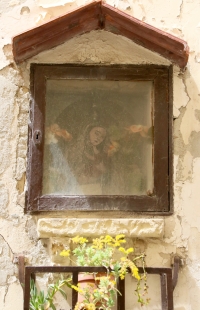 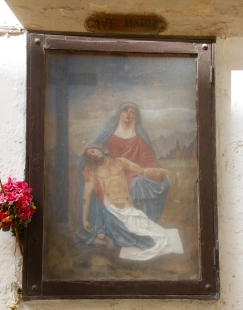 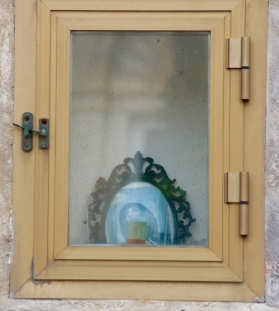 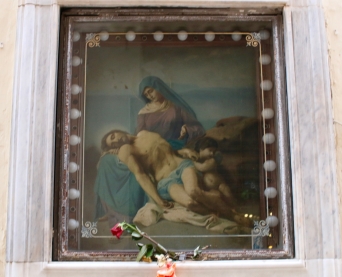 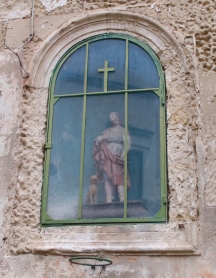 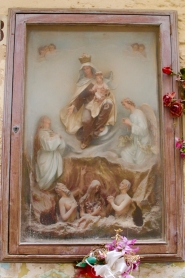 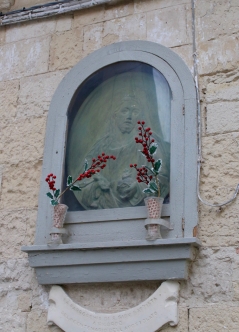 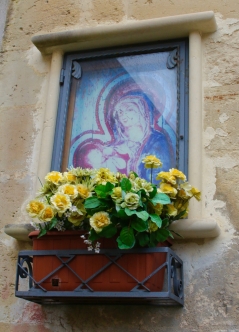 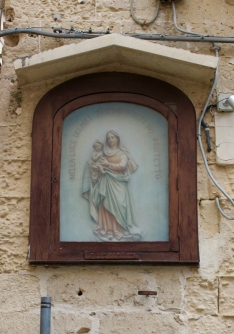 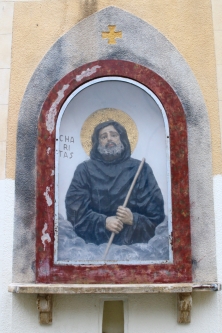 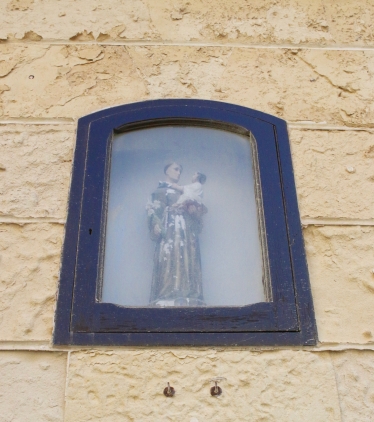 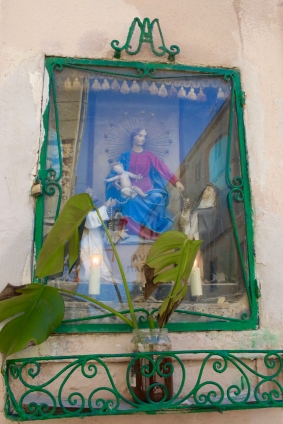